Toto, I’ve a feeling we’re not in Kansas anymore and 2020 in review

Usually at this time of year I publish a year in review which covers a little of the qualitative and a lot of the quantitative.  Given the year we’ve just had, along with quantitative needs now being significantly lessened given the stage of my FIRE life I’m currently in, I feel it’s worthy to flip that weighting as it really has been a year to both remember and to forget.  Additionally and hopefully once you see the qualitative you’ll understand why it’s been a long time between blog drinks.

So let’s get the quantitative stuff out of the way.  In my purist FIRE plan I was aiming to spend the lesser of: 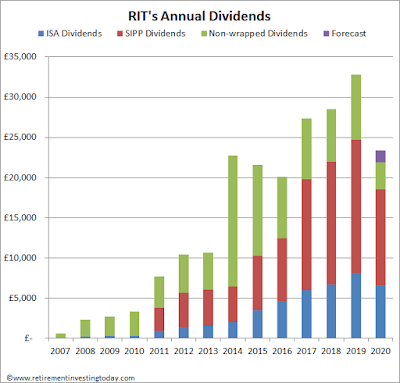 In comparison, during year 2 of FIRE, I withdraw from my wealth a total £19,022.  I met my FIRE goals but boy did it occur unconventionally.  So let’s switch to the story to explain that which is hopefully the interesting bit.

Let’s firstly recap on where we were at after 2019, my first full year of FIRE:

With this in mind 2020 started as planned.  A little bit of job, a reinvigorated focus on my fitness and a lot of getting comfortable in my new FIRE skin.  Then a little something called COVID-19 descended upon us.  The temporary job went away and we realised that our FIRE flat (albeit a very nice flat) living arrangements were not conducive to lockdowns/quarantines/home arrest.  We longed for the space that our Cyprus living arrangements gave us but we were also conscious not to panic and continued to be.

An alternative job opportunity also appeared.  It carried some interest but I wouldn’t say purpose but where it became really interesting was that I could see the role possibly able to be done via ‘work from home’ from anywhere in the world plus also being flexible from a number of days per week perspective.  Hopefully, you can see where that is going…  So I took it on.

By mid-year the UK was Eating Out to Help Out.  We didn’t participate and just continued being.  Improving our home cooking skills, increased exercise patterns given the good weather and by now were 99% convinced the UK really wasn’t for us.

By the autumn the UK was starting to get excited by COVID-19 again.  In Australia it was a very different story.  They had gone for eradication and border closures.  This meant few flights, flight caps on what was flying, state wide limits on numbers allowed to immigrate and passenger flight cancellations right up to a few hours before flight time.  A real mess when our situation was combined with the two countries situation…  Amongst all of this our Australia visa was granted with a strict ‘must enter by’ date. It was time to decide.

On the 31 October England started its next 4 week lockdown and I could see that if we didn’t move quickly we might not make it to Australia before that must enter date passed so it was time to try and leave.  The only problem was no flight availability because of the Australia flight caps/state limits combined with a constantly changing set of rules in England to navigate through.  It was time to use some of that hard earned FIRE wealth and buy ourselves a passage to Australia:

Upon landing in Australia it was straight into 14 days of hotel quarantine.  The less said about it the better but in our case I do believe prisoners get better treatment and they don’t have to pay $’000’s for the privilege.

Outside of quarantine, life where we have rented (and given our short time here are already talking about settling) is currently bliss.  We might just have found paradise with an abandoned beach, a lake and plenty of forest all close by.  We also have a house with plenty of outdoor space which is costing us about 2/3 of what our South East England flat did.  COVID wise life is also quite normal because of our chosen location along with the Australian eradication policy.

We’ve also spent some time with some meaningful friends and family.  I’m also ‘working from home’ 4 days per week and where we are located has more activity/sporting clubs on our doorstep than you can poke a stick at.  So it’s now time to again stop ‘doing’ and start ‘being’ again.  Being that includes maximising the great outdoors we have available to us.

Switching back to quantitative again just to check-in on the FIRE wealth situation.  One year ago wealth was £1,438,000.  As I type this wealth is £1,497,000 made possible by investment returns of 5.4% and low wealth withdrawal helped by that part-time job. 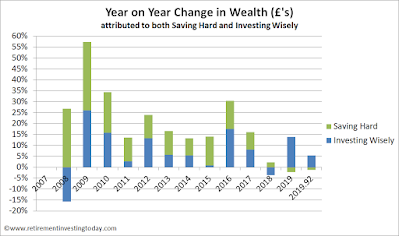 Click to enlarge, RIT Year on Year Change in Wealth

For completeness my complete journey is shown in the chart below. 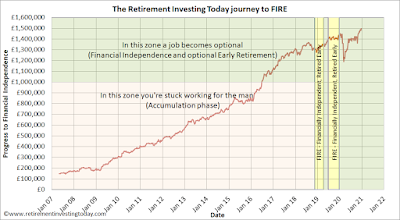 I’m going to sign off similarly but subtly different to how I did last year.  FIRE enables a life of adventure that those who aren’t FI just don’t even have available to them and it looks like it’s not going to stop for us for the foreseeable future.  I’m still grinning from ear to ear.

As always please do your own research.