Back to powerful FI 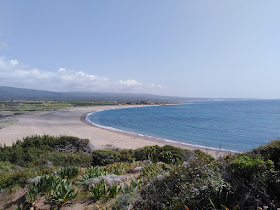 It’s been a long time between posts and a lot has happened so to try and get the story out in a succinct manner I’ll post some questions to myself.  I’ll then likely follow up with more detail in subsequent posts if people are interested.  So here goes...

Did Cyprus not agree with you and Mrs RIT?

We didn’t leave Cyprus because of Cyprus.  In fact quite the opposite.  Cyprus was absolutely brilliant and we saw it at its worst as we were there during one of the wettest / coldest winters on record.

There was so much relatively unspoilt nature with the picture above hopefully being a nice example of linking human occupation with nature.  Just around the corner from there is where turtles actually nest.  It was a walkers / hikers / cyclists paradise.  So much so that I managed to lose 10kg in relatively quick time.

The people and the way of doing things were also incredible.  On various forums I’d heard the term for Cyprus being siga siga which means slowly slowly.  I didn’t find that at all.  What I found was that things were done differently but in a good way.  For example to buy car insurance I went to the insurance company and sat across from the person who was going to sell it to me.  Over a good coffee and with no pressure the forms were duly completed and a quote was generated.  Hands were shaken, the forms were signed and I was done.  All over in about 30 minutes.  Give me that over automated menus that can’t understand me and a call centre if I press the right buttons correctly any day.