Cyprus healthcare is changing for the better

I’ve written previously that one of the reasons I’ve decided to do one more year is because we’d like to let the dust settle a little more on Brexit and in particular how reciprocal healthcare, via say the S1, will be handled in our dotage.  In recent weeks some good news seems to be coming out of Cyprus, independent of any Brexit nonsense, that might just mean Brexit negotiations will become unimportant.  Let me explain.

For our situation there seem to be 2 ways to get into the Cyprus public healthcare system.  The first is to pay Cyprus Social insurance for a minimum of 3 years and then meet a number of other criteria.  Unfortunately, unlike countries like Malta and Spain, it doesn’t seem possible to pay these voluntarily.  You have to be either working or self employed.  This is out as I want work to be 100% optional when we move.  That’s always been my definition of Early Retirement.  The second is to reach State Pension age and apply for an S1.  This is what I’m concerned about losing as part of Brexit.

So that leaves us with the Cyprus private healthcare system.  Getting basic care seems affordable and efficient.  I was able to walk into a private clinic in Cyprus where there was absolutely no queue and have a prescription renewed for EUR10.00.  I then went to the pharmacy where said prescription cost me EUR3.47.  A visit to a GP seems to be around EUR30.00 and treatment almost seems immediate.  In contrast in my neck of the woods here in the UK I could literally die while just trying to make an appointment to see a GP let alone waiting to see one.

So far so good.  The problem for me is if it’s something more serious.  For that we’re going to want Cyprus private health insurance.  From contacts in a few of the forums I frequent we’ve been able to remotely apply to a company who apparently pay up efficiently when you’ve sought treatment.  Good news is that they’ll cover us but it comes with one exception for a pre-existing condition.  This is the problem for us.  It’s not this pre-existing condition as it’s manageable but as we age what if we pick up a few more and then at some point the insurance company says you’re now too high risk.  They then can either stop insuring or push premiums up so far that it forces us to go elsewhere.  Then where do we go particularly given all the companies I’ve found so far won’t cover you at all above a certain age unless you’re already with them.  Even if we could find someone they then won’t cover you for the reasons the first company didn’t like you which sort of defeats the purpose of having insurance in the first place.  What then?

The first half of 2017 required a few decisions to be made and we spent a bit like drunken sailors to make them.  Average monthly spending was £2,404 which is well up on 2016’s £2,250 average.  When I look at the detail the story is all holiday/relocation research where we had a monthly average spend of £544.  At least we were able to decide on Cyprus over Spain although I freely admit there is only a cigarette paper between them and this could change in the coming months. 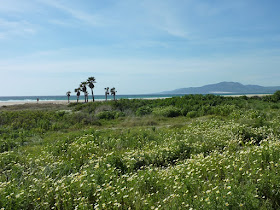 Click to enlarge, Anyone for a beautiful quiet beach, Tarifa, Spain 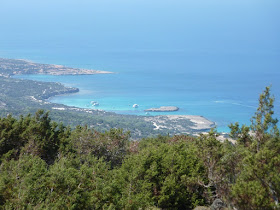 Click to enlarge, How about views to die for, Akamas Peninsula National Park, Cyprus

We also decided I’d push on with work a little longer while Brexit played out a little more.  As the dust has settled on that decision we’re all a little uneasy about it.  One of the whole points of this FIRE lark was about control of our lives which includes the ability to do what we want where we want to do it and here we are letting government incompetence rule our decisions.  More on this in future posts I’m sure.

Financially, it’s actually been reasonably successful with wealth up £107,000 in the first half of 2017.  I say reasonably because while that looks pretty good it’s in a currency that less and less people seem to be wanting post the Brexit vote.  Measured in the currency that is important to us that wealth growth falls to EUR92,000.  Still admirable I think.

Let’s look at the detail.

So when are you taking early retirement I hear you ask?  Before answering let me first provide some musings of how the world of somebody who has been financially independent for just shy of one year is playing out.

In short life is good, no I mean life is great and I mean really great.  We were fortunate enough to be able to spend some more time back in Cyprus and this time around it really did feel like home to the point we were quite saddened to return to Blighty.  We also think we have found the town we will first settle.  Of course we’ll first rent for 6 to 12 months just to make sure but it felt really good.  I think now there is really only one thing that will stop us from migrating to Cyprus which I’ll explain a little later. 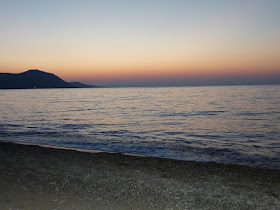 Click to enlarge, my walking/running route from a possible Cyprus home 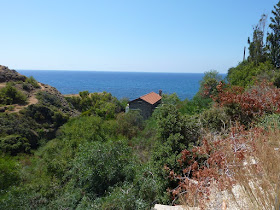 Click to enlarge, my cycling route from a possible Cyprus home

The stress from my work is also now an order of magnitude less making it tolerable.  This is predominantly because there is no longer a sword of Damocles hanging over me.  If I’m fired, as opposed to FIRE’d, I’ll just take my payoff and sail off into the sunset with a smile on my face.  Stress has also been reduced because I now speak very freely as again there are no repercussions of saying something that maybe others don’t want to hear.

Mrs RIT has early retired in a Mr Money Mustache kind of way.  For some time now she’s been pursuing a passion of hers which has been absorbing more and more time because of the enjoyment factor associated with it.  What’s actually a bonus is it’s also actually starting to earn beer money and importantly can be done from just about anywhere in the world.  The original plan was that we were going to FIRE together but after some RIT family discussion we decided that was a nonsense piece of planning and so she has now stepped away from the corporate world for good and now just does fun stuff.  One down and one to go...