When we left my credit report story I had a credit score of 618 out of 710 and what I thought was a store card that had just gone into early arrears, which wasn’t even mine, but which I had disputed with noddle.co.uk.  This is how it played out. 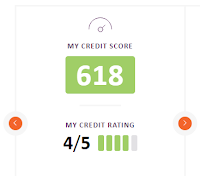 Click to enlarge, My credit score and credit rating in September 2016

In October 2016 I received a letter from noddle stating:


“Further to our previous correspondence about case reference

While I was waiting for that response those early arrears became sustained arrears resulting in my credit rating falling from 618 to 572 out of 710. 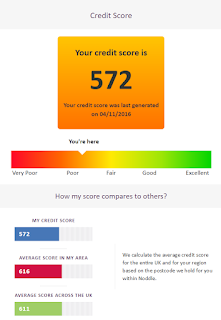