The power of AND 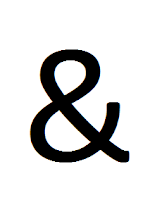 Putting the scores on the doors reveals that I progressed to my Financial Independence number at a rate greater than 0.9% per month.  In hindsight this wasn’t because of any one particular silver bullet but instead was made possible by focusing on the personal finance many, rather than a few, or even the one talked about so often, investment return.  Putting it another way I focused on the personal finance AND.  Mechanically that included earning more and spending less and an appropriate portfolio and minimising taxes and minimising expenses and investment return.  Psychologically that included starting and determination and accepting I’ll make mistakes and never becoming a victim to name a few.

Over the last couple of weeks I think I’ve shown this trait again by maximising pension contributions while also minimising expenses.

I have two low cost SIPP’s (two rather than one is for risk minimisation reasons) in which I buy low cost tracker products.  This is my method of minimising pension wrapper expenses and investment product expenses.  However, even though I have these and they would enable me to defer tax if I invested in them directly I choose not to use this route.  Instead all my contributions enter pension wrappers via my employer’s expensive defined contribution old school insurance company group personal pension.  I do it this way as in addition to deferring tax like I could also do in the SIPP this maximises my contributions in a few more ways:
So I’ve maximised contributions but my employer’s pension scheme then has the big elephant in the room - Expenses.  I try and keep it to a minimum by buying into their tracker funds but even this means I’m paying annual expenses of between 0.6% and 0.87% depending on fund selected.  I can do much better than that in my SIPP’s.  So the trick is to complete a partial transfer into my SIPP when the pot becomes a reasonable size.  The last time I did this it could only be described as a palaver however this time the more appropriate description would be a doddle.

Naive (adjective) – (Of a person or action) showing a lack of experience, wisdom, or judgement. Source

Irresponsible (adjective) - not thinking enough or not worrying about the possible results of what you do.  Source


My work day generally does not afford me a lunch break.  It’s generally scoff a sandwich, but not fast enough to give indigestion, between tasks.  A couple of weeks ago after a particularly rough morning I did however break away and joined the ranks of those at the ‘lunch table’ for a few minutes.  This is normally a place of general chit-chat, of what gadgets people are buying, of the latest sports news, of what people are doing on the weekend, but today in the wake of the BHS pension scandal the topic switched to investments, pensions and retirement plans.

When it comes to saving, investing and retirement planning I am very transparent on this blog but in the office I am the definition of a grey man.  After all an environment where your employer knows you have a decent FU stash or are only a few months from FIRE is hardly one where you are going to be able to ramp earnings at a rapid rate.  So I switched on my spidey sense but didn’t dive in with ‘my view’.

My financial independence and early retirement (FIRE) planning has been a pretty negative affair so far, with me always trying to focus on the worst case what if scenarios.  I’ve done this as I wanted to have a high confidence that work in the future really would be optional and based on a want to do it and not a need to do it.  With me now over the financial independence line it’s time for me to switch from glass half empty mode to one where the glass is half full.  I’m going to try and answer the question - based on historical data (which of course is not a predictor of the future) what is the more likely outcome for my wealth?  This then enables me to think about what could happen to my spending if I so choose.

I’ve used the cFIREsim tool many times in the past and I’m going to use it again for this analysis.  The negative of it is that it is US based which means if history repeats it will likely be a bit bullish.  The positive is that its data set goes back to 1871 meaning plenty of data points including plenty of bear/bull market cycles but also that it allows you to output data in real inflation adjusted terms which is important as I want to always think of wealth in terms of what can it buy in today’s pounds.

Now let’s plug in my FIRE financial strategy with one exception.  CFIREsim doesn’t allow you to input REIT’s so I’ll just split my allocation here 50% to Equities and 50% to Bonds.  So that’s 60% Equities, 29% Bonds, 5% Gold and 6% Cash (assuming 0% return on the cash).