Living off the Dividends in Early Retirement

The number one fear of any early retiree (or any retiree living of investments for that matter) must nearly be a bad sequence of returns early in retirement.  I can only imagine the emotional rollercoaster of watching a stock market fall in value by more than 80% in real terms (like the US market did during the Great Depression), rebalancing into it continuously, while knowing that you’re no longer working so ‘can’t’ replenish and then on top of that then being forced to sell down capital to live off. 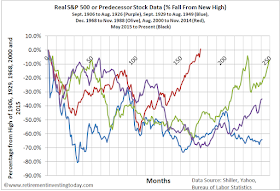 With this in mind and for some time now I’ve been trying to build my portfolio in such a way that I can live off less than the dividends received at FIRE (financial independence retired early), which will allow a little for reinvestment during the good times, while providing some protection during periods of falling dividends.  The methods I've used to do this have included the addition of a High Yield Portfolio (HYP) and moving from accumulation funds within an expensive work insurance company defined contribution pension to income funds within my own SIPP.

With this in mind I’m today going to conduct a little thought experiment.  Will I have enough dividends spinning off in FIRE to avoid selling down wealth during a severe bear market?


Now before I go on I’m of course aware that past performance is not a guide to future performance.  To keep it simple I’m also going to use the US market as a proxy for my ‘global’ equities portfolio which of course is not 100% accurate but I have a good dataset for the US (unlike other countries).  Hopefully it will give a bit of steer as we do know global equities have a high correlation with each other plus this is just an order of magnitude thought experiment and I’m not chasing perfection here.

At time of writing this is how I’ve managed to increase my dividends over the years: 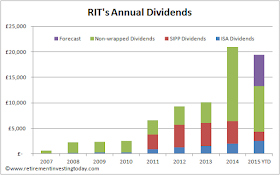 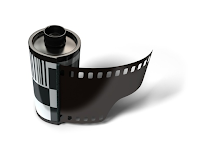 A couple of events this month have really had me asking myself if we are at peak technology usefulness.  Now before you start accusing me of being one step away from off grid living (which I do respect people for pursuing but for which I'm probably a little lazy), hair shirt weaving and/or tin foil hat wearing let me first clarify that I do think technology is incredibly useful and has certainly helped me get ahead.  I'm just questioning if all the newer stuff provides any real benefit to the user.

Firstly, let me give a couple of examples of the good stuff.  I've certainly benefited from the ability to achieve rapid price discovery.  For one I don’t believe I’d be sitting on an investment portfolio, all tied up in wrappers, with total expenses of 0.27%, with all the benefits that brings, without the ability to trawl the offerings from many providers in a matter of minutes.  Would I even know them all let alone know the cost to start with?  The ability to talk to and see someone across the globe in real time for ‘free’ has also helped me hugely.  The thing is that these possibilities are nothing new; the technology to provide them has been around for many years now and importantly is relatively unchanged.  My rapid learning on how to be a successful investor has certainly been helped by fantastic sites like Monevator but here I would have also been more than ok with excellent books like Smarter Investing

which requires no technology.  I would have also been well educated on finance and investing with excellent books like When Money Dies: The Nightmare of the Weimar Hyperinflation

and The Millionaire Next Door

instead of the great internet.

Let me now jump forward to more recent times and see if new technology is helping me.  This week our friends at Apple released some new products.  Now I’m not an Apple fan boy/girl so if I have it wrong then please do correct me in the Comments below but all that I see is things that are bigger/smaller, slightly faster with more mega pixels.  An iPad Air 2 with decent storage and Wi-Fi ‘only’ costs £559.  Who knows what an iPad Pro is going to set one back but I’d bet it will be more expensive.  Is this new bit of tech about to obsolete my Nexus 7 Tablet

which today can be had for £141.11?  In my case it certainly isn't as what I have today does everything (and more) than I currently need.  What about a new ‘tasty’ iWatch which from what I can see tells the time unless you have it tethered to an expensive iPhone?  Then as if by magic it does things that your phone can do...  I think I’ll stick with my mechanical watch which I guarantee will still be running long after the latest iWatches are consigned to the scrap heap.  I’d actually nearly bet that my watch will actually still be running and telling the time as well as any future iWatch technology long after I've popped my clogs.

Will I want seclusion in FIRE 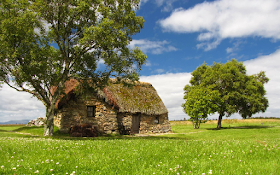 I don’t learn quickly.  My successes so far have very much come from a mindset that life is 1% inspiration and 99% perspiration.  This meant that during university and my early career (I'm still deciding if a career is a job where you don’t get paid for overtime) I spent a lot of time staring into a multitude of texts and tomes learning stuff.  During this period I also used to enjoy spending a lot of time socialising with friends and family in my spare time.  At work I was psychometrically profiled and discovered as part of this that apparently I'm an extrovert.  What I'm now starting to wonder is am I really an extrovert or was that just a response to life at that time?  That is the compulsory element of my life was a need to learn fast at an individual level and in response I craved company when spare time allowed.

Today my work day starts early and finishes late.  During those long days at work my day is broken down into not much more than 15 minute intervals.  Everyone wants/needs a piece of me and I’m constantly making decisions.  I no longer need to learn at such a great rate (I do need to stay current so some learning still occurs) with my ‘unique selling point’ now being my domain knowledge and leadership.  In return for that I'm paid well as those decisions are (currently at least) rarely wrong and my leadership skills are seen as a positive.  This probably sounds like the behaviour of an extrovert however now for the problem.

On weekends and the couple of spare hours I get during the week I now no longer crave company.  I certainly don’t enjoy spending time with wider family and friends who continue to consume like the best of them.  Their talk of how much their house has gone up in value or what new car they are going to buy now just bores me.  Instead I now chase quiet time with close friends/family while also coveting some seclusion and time to self reflect.  This blog is a great outlet for me now as it gives me quiet time to learn; self reflect and write about what’s important for me.  The question then becomes is my personal life a response to try and balance my compulsory extroverted work element, combined with consumerism no longer being important to me, or is it because I'm not actually not a natural extrovert?